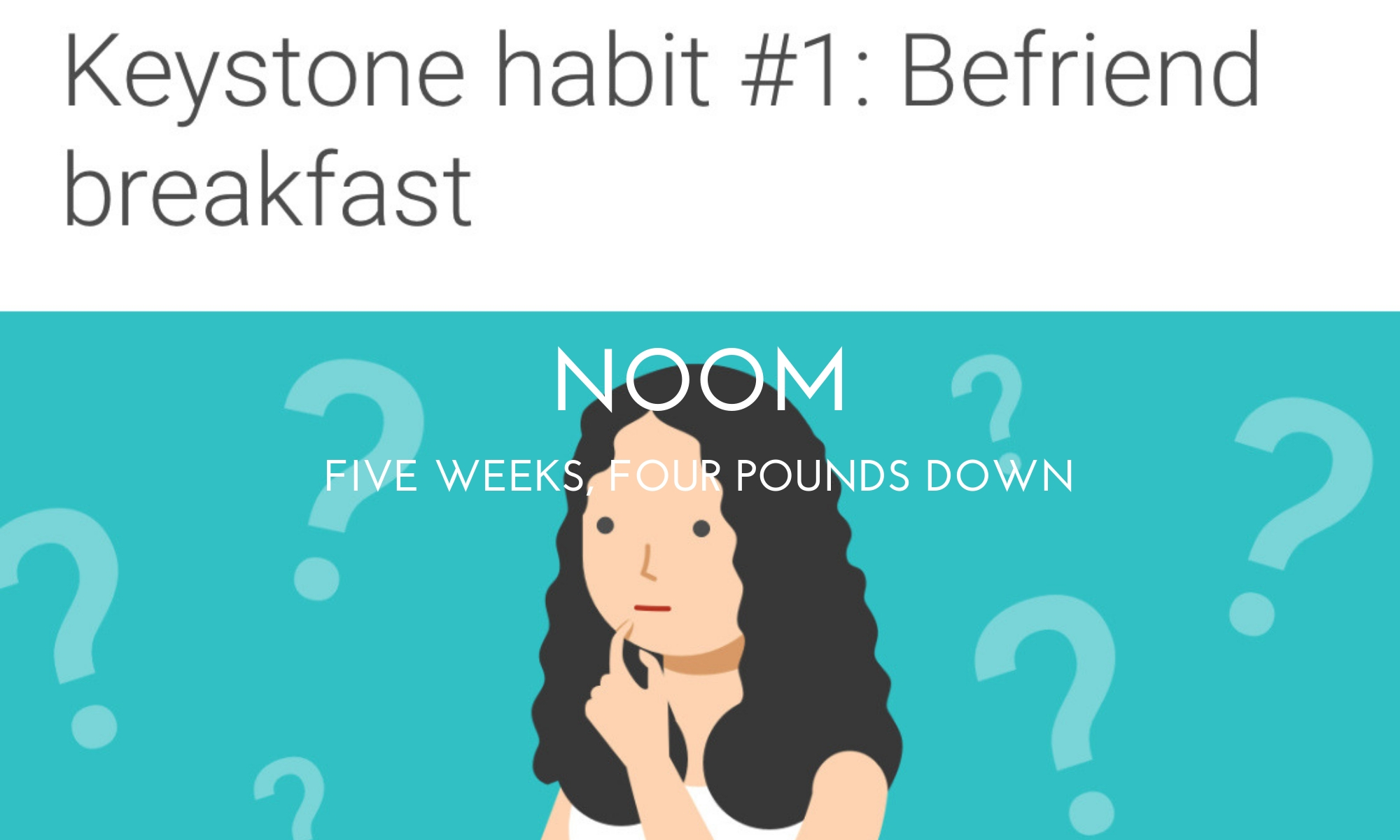 Today marks the beginning of Week 6, the end of the week-long break I took from Nooming for Christmasing… and four-ish pounds lost.

I started this weight-loss program at 146.4 pounds. During the last 35 days, I have:

And I lost four-ish pounds.

Surrounded by chocolate I didn’t stop myself from eating.

Remember: “Abs are made in the kitchen.”

While I’m not a fan of all Noomisms, including the acronyms for everything and hashtag bonanza happening in every daily lesson, their #PsycheTricks and #PracticalTips seem to work for me.

I learned about all-or-nothing thinking (“I’m just going to be in pain anyway, so why bother working out?”), decision fatigue and why weight loss/maintenance is so hard SCIENTIFICALLY for people who have already lost weight.

In addition, while I understand the purpose of the Goal Specialist — she’s there to help you — and see the value in the Group — you’re not alone, I don’t have time for either of them. Every notification buzzing on my phone throughout the day gets ignored unless it’s work-related — and nearly nothing gets my attention until 8 p.m. after the toddler’s gone to bed and I’ve had a cup of tea.

Basically, I want the education and the food-logging functionality — it’s so much better than Fitbit’s — without the added responsibility of connecting with other humans.

I’ve already got so many humans.

If Noom could offer that and drop the price tag a tad, I think it’d be a forever solution to weight loss and maintenance for me.

Noom’s pre-determined goal weight for me is 136.8 pounds. I have no idea where this number came from — and I don’t care. I’ve got six pounds to go and four weeks (I think?) left in my subscription. We’ll see how I do.

Mom arms making up for the complete lack of abdominal strength